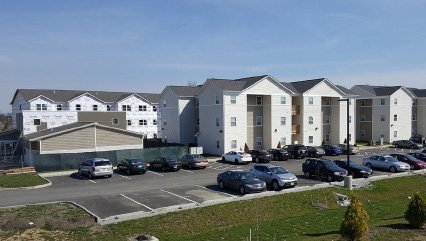 MARION, OH. Following a Scion feasibility and planning study to assist in securing final approval and financing, the Marion Township Board of Zoning Appeals has provided final approval for construction of The Annex of Marion, a 200-bed student housing community for students attending the Ohio State University at Marion and Marion Technical College (MTC).

The $7 million project is being developed by Indianapolis-based Mecca Companies and will be operated by its Annex Student Living subsidiary. With cooperation from OSU-Marion and MTC, Scion estimated project demand through interviews with administrators, student focus groups, an online survey of housing preferences and analysis of current and projected enrollment data. Scion estimated demand for the project and recommended the unit types and rental rates likely to be most successful. These findings were presented to the Board of Zoning Appeals and to Fahey Bank, which provided financing for the project. The Annex of Marion is anticipated to open in Fall 2015.

Established in 1957, the Ohio State University at Marion is one of six Ohio State campuses statewide. Its campus is co-located with Marion Technical College, with eight buildings on 186 acres, serving the higher-education needs of approximately 4,000 students.

Annex Student Living, LLC is an Indianapolis-based student housing developer and a subsidiary of Mecca Companies, with a portfolio of student apartment communities across the Midwest valued at over $60 million. With a focus on regional campuses, community colleges and Division II and III institutions, Annex has nearly 700 beds in various stages of operation with several hundred more in development.